BCHOD were commissioned by the City of Harare to carry out the investigations and report into the above in 1970. As a result of the recommendations given in that report a major outfall sewer was constructed of 1200mm and 1350mm dia reinforced concrete pipes some 17,50km long. This sewer provided a major collector for other trunk sewers and old localised sewage treatment works to be abandoned and by-passed.

Associated with our commission in 1992 for the Phase V extension of Firle Sewage Work the upgrading of the trunk sewers in the catchment area was to be included. This resulted in the need for 14,75km of the L.M.O.S to be duplicated. 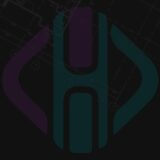